Kingdom Come: Deliverance is an upcoming RPG game for PC, Xbox One and Playstation 4. The game is being developed without the aid of traditional publishers, so it relies on the support and funding from private investors.

The game will be a First-Person, Open World, Realistic RPG that will take you to the medieval Europe in a time of upheaval and strife. The game's tale is based on historical events and takes place in 15th century Europe. The year is 1403, and it is most certainly not the best of times. The old king is dead and his heir is weak. The new king's brother, hungry for power allies himself with a faction of the nobility that sees this moment as an opportunity for advancement, kidnaps the king, invading the country with an army of his own to plunder this defenseless land. The aristocracy is divided between which side to support. Civil war is coming…

Nonlinear quests with multiple solutions, branching dialogue choices with points of no return, several roles to play (warrior, bard, thief), a mountain of different stats, skills, perks, and ultimate character customization details (including 4 layers of clothing and armor in 16 equippable slots!), as well as alchemy and crafting professions, the need to sleep and eat to stay healthy…even food that goes bad if it sits in your inventory for too long!


"We want to bring you a strong story rooted in the height of the Middle Ages, brought to life in all its glory. So what is Kingdom: Deliverance? Think of it as Braveheart: The Game. Majestic castles, armored knights, large, open field battles, and political intrigue set in a vast, emergent world. We want to make the experience as authentic as possible – real-world locations, real castles that don't look like something from Disneyland, period-accurate armors and costumes, combat and fencing systems designed in collaboration with the most knowledgeable, skillful swordsmen around, and a story based on actual, historic events." - Warhorse Studios [1]

Players who fund the project by purchasing the "BARON TIER DIGITAL (SPECIAL EDITION)" ($49.99) via the game's website will have early access to the technical alpha and the beta of the game. You will in-effect become part of the development team, getting access to the earliest playable version of Kingdom Come: Deliverance. Your comments and observations will help to shape the game. 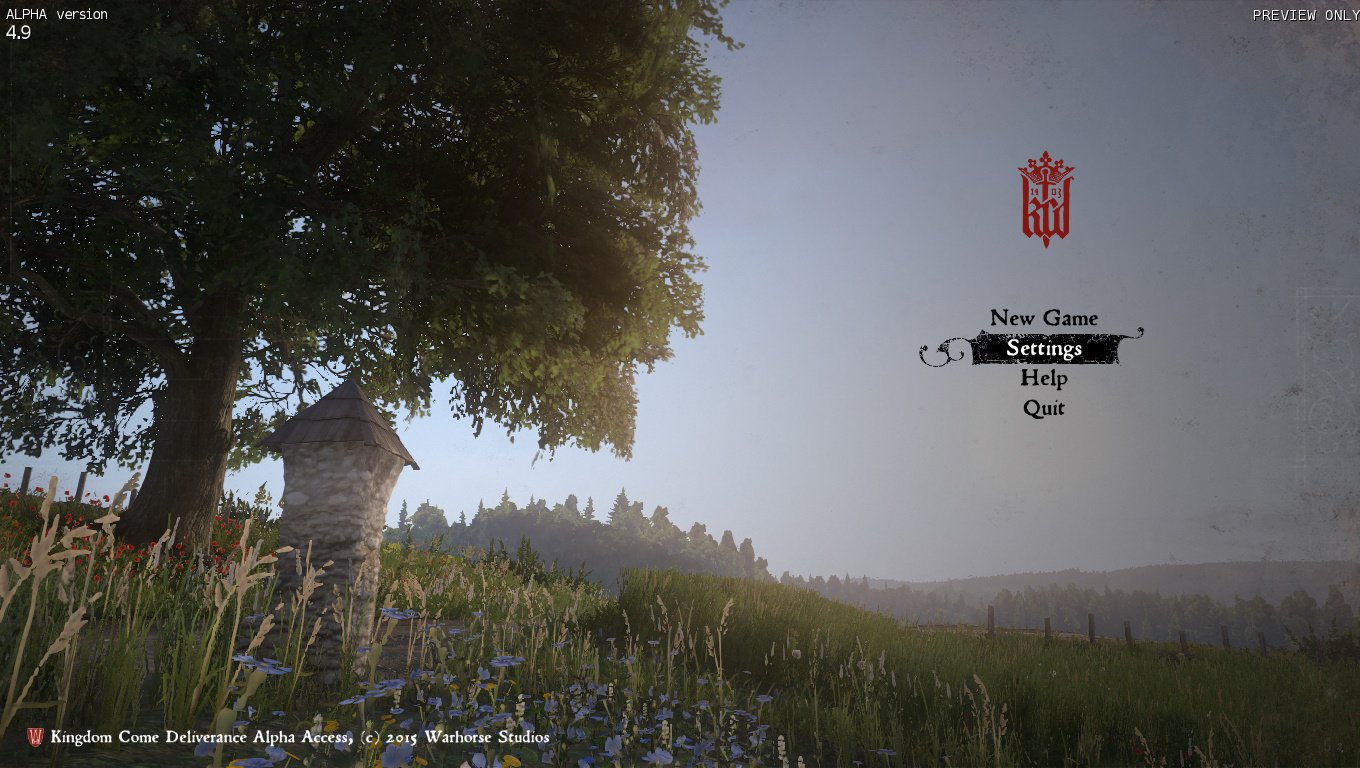 The Tech Alpha version of Kingdom Come: Deliverance will be a collection of several technical aspects and game mechanisms in a more or less advanced state of development. The playable content will grow in stages (updated versions approximately every two or three months), adding new aspects, settings or game mechanics to the Alpha. You'll get the chance to become acquainted with Kingdom Come: Deliverance step by step and can delve into more and more of our world as the amount of the content grow.